Arbitration: Arbitration is a process where both parties agree to resolve their dispute privately without litigating in the court system. Unlike a lawsuit filed in court, arbitration is not a public process, so documents filed in connection to the arbitration are not publicly available. Employers who are involved in a dispute with an employee often prefer arbitration because it can be faster and cheaper than litigation, and it is a non-public process. Non-public does not necessarily mean confidential because the employee may still disclose any of the facts or circumstances related to the claim being arbitrated, absent some confidentiality agreement. (Also important to note, many states are limiting the use of confidentiality agreements prohibiting disclosure of facts related to workplace discrimination.)

Some States Are Limiting Mandatory Arbitration

In response to the #MeToo movement, and to protect the rights of claimants in discrimination cases, some states are now attempting to ban mandatory arbitration in employment disputes and are taking various approaches to get around the FAA, to varying degrees of success. States are taking two main approaches to limit the use of mandatory arbitration:

Seven states currently have limits on arbitration and we anticipate more states to follow suit.

What should employers do with these state bans of mandatory arbitration while FAA preemption remains unsettled? This situation is especially tricky for companies that employ people in multiple states. Employers who have employees in the states mentioned above should think closely about the language in their agreements.

SixFifty can help! While our Employment Agreement tool has always given users the option of including an arbitration provision in an employment contract, our toolset now includes a stand-alone arbitration agreement. We are continuously monitoring this dynamic area of the law and updating our tools with changes in real time. Working with SixFifty is like having the best employment lawyer in the world by your side. 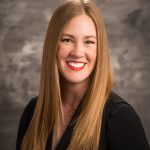 February 25, 2022 What to Consider When Hiring Employees in New States Read More