What Colorado’s AG Has To Say About Their Privacy Law

Colorado’s comprehensive consumer data privacy law, the Colorado Privacy Act (CPA), which goes into effect on July 1, 2023, was the topic of a recent conversation with the Colorado Attorney General Phil Weiser at the International Association of Privacy Professionals (IAPP) annual summit in Washington, D.C. As he discussed the new CPA, AG Weiser also called on Congress to pass federal privacy legislation instead of relying on the states to act independently and, in the process, create a patchwork effect for privacy rights across the United States.

The Attorney General noted, “State leadership on data, privacy and data security is what economists would call a second-best world. The best world would be a world where Congress could pass a law … with clear standards and authority for state agencies to enforce that law.”

Google echoed that sentiment when they presented at the National Press Club in D.C., stating, “A U.S. privacy law would align us all on the privacy measures that people want and promote confidence in U.S. companies and our digital ecosystem. It would increase trust in U.S. leadership, as we promote cross-border data flows and compatible, pro-privacy, pro-innovation rules around the world. It would give everyone much-needed clarity and consistency so that organizations spend less time trying to navigate inconsistent rules and more time preventing harm and responsibly innovating—the kind of work that yields research breakthroughs and a stronger U.S. economy.” 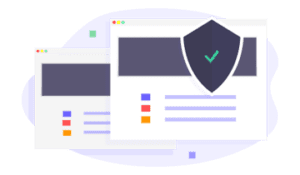 So why are states and businesses asking for the same type of legislation? It is so that there can be a harmonized approach to data privacy across jurisdictions, leading to more transparency for consumers at the same time that businesses can decrease compliance costs by having to meet the same compliance standards across jurisdictional boundaries. This was a major focus of Attorney General Weiser’s remarks at IAPP. When asked how he plans to approach rulemaking, he emphasized a plan to make Colorado’s rules harmonious with what is happening in other states—particularly in Virginia, which has a law more similar to Colorado’s than California does. He made a brief reference to the very newly passed privacy law in Utah, which he anticipates will also be fairly harmonious with what has passed in Colorado although more may be required of businesses to comply in Colorado than in Utah.

AG Weiser also emphasized his interest in bringing in operational business experience in going through Colorado’s rulemaking process. In order to gain insight into the practical experience of both consumers and businesses, AG Weiser has launched a QR code campaign to solicit feedback from stakeholders on universal opt-outs, consent, dark patterns, data protection assessments, profiling, multi-jurisdictional issues, and other topics.

When asked about his intentions regarding enforcement of Colorado’s new law, AG Weiser informed listeners that his focus, at least in the beginning, would be on those companies that were wilfully noncompliant. In summary, he told the audience that he would treat organizations that encounter “footfalls” differently than those organizations that are not attempting to comply or even actively avoiding compliance. In Colorado, at least during the early enforcement period, companies can expect someone from the AG’s office to contact them when there is a complaint. If an organization is honestly attempting to rectify a violative situation, they can expect some degree of discretion from the AG’s office that would allow them to make the correction.

In AG Weiser’s words, “If enforcement instead feels random, I would be beating up on companies who don’t know what the rules are. That doesn’t induce compliance, and that doesn’t seem to resonate with fundamental fairness.”

Overall, AG Weiser seemed dedicated to ensuring that Coloradans have increased privacy protections at the same time that companies operating in Colorado or providing services to its residents have a measure of reliability and transparency regarding their obligations. These notes are similar to those struck by all of the other states (California, Virginia, Utah, and Connecticut, which is so newly passed that it hadn’t even happened at the IAPP Summit) that have enacted comprehensive privacy legislation. At this stage, those goals have not created any real clarity for companies struggling to comply across jurisdictional lines, so it is no surprise that AG Weiser specifically called on Washington to take action in the privacy space. As other states, industry groups, private companies, and citizens echo that sentiment, the likelihood of movement in the federal regulatory space increases.

States are frustrated. While we might talk about privacy as a space where the American “laboratories of democracy” approach is being practiced, the real-world effect is that businesses, which are not limited by state boundaries, are making less consumer-friendly choices because they are frustrated. They are left to either enact complicated privacy compliance programs that account for jurisdictional differences or ignore the rules and take a riskier but less expensive approach of either picking one jurisdiction to follow or finding other ways to convince consumers that they take privacy seriously (because we’re in a space where it is entirely too risky for companies to do nothing). And, as AG Weiser explained, none of those are great options.

What’s the takeaway here? More states are going to follow Colorado’s lead and try to model privacy legislation on pre-existing legislation in other states (or abroad; California’s CPRA pulls in aspects of the EU’s GDPR that California had initially eschewed). Trying to make it coherent with other jurisdictions’ rules is a great goal, but, at the end of the day, no one is going to directly adopt another state’s legislation, so we will continue to have operational compliance differences until the federal legislature takes action.

We have seen some activity in that space, particularly around the new agreement in principle with Europe to facilitate trans-Atlantic personal data transfers. But the movement is slow, and the idea that Congress could create a privacy law that is all things to all people–controlling the giant social media and adtech companies of the world as well as small retailers, the press, and every kind or organization in between–is a pipe dream.

A coherent federal privacy law that streamlines notice requirements, outlines what qualifies as sensitive personal data and puts special protections around it (similar to what it has done for children, but in a way that updates and unifies the child privacy laws), and creates real oversight for data processing giants would be an excellent starting point. It could put the US on the road to streamlined trans-Atlantic data transfers (of course, I’m not addressing the security concerns the EU has regarding US government access to data, which will require separate legislative action) and lower transaction costs for businesses processing personal information in the US at the same time that it would increase oversight and consumer protection.

SixFifty’s privacy toolset was built to take on disparate privacy laws around the world. We are continuously monitoring this dynamic area of the law and updating our tools with changes in real time. Working with SixFifty is like having top-tier lawyers by your side as you work through the best way to comply with your privacy law obligations.