The United States and the European Union have taken a major political step forward in creating a future for a more free flow of personal data between the two jurisdictions. On March 25, 2022, European Commission President Ursula von der Leyen and U.S. President Joe Biden held a joint press conference announcing that they had found an “agreement in principle,” referred to as the Trans-Atlantic Data Privacy Framework. Von der Leyen announced that the agreement would “enable predictable, trustworthy data flows between the EU and the US, safeguarding privacy and civil liberties.” Of course, the question remains–what does this agreement in principle amount to, and, once a full-fledged version is passed, will the European regulators and Court of Justice agree that it provides sufficient protection?

Because that is how we got here in the first place. Here’s a brief timeline review of some of the key data transfer agreements and restrictions between the US and the EU:

Following the invalidation of Privacy Shield, essentially all transfers of personal data from the EU to the US relied on the EU’s Standard Contractual Clauses. However, Schrems II not only invalidated Privacy Shield, it also called into question the efficacy of the SCCs. As a result, the European Commission adopted new SCCs and the European Data Protection Board (EDPB) issued guidance on how to supplement the SCCs through actions such as completing transfer impact assessments.

What does all of this mean for companies that wish to transfer data from the EU to the US? Essentially, it means that they have to undergo a fairly intensive process that involves intensified SCCs as well as additional steps to ensure that the SCCs are being upheld and that the recipient is doing everything possible to protect that data from US government intrusion once it arrives in the US. Simply signing the SCCs is no longer sufficient to be considered GDPR-compliant. 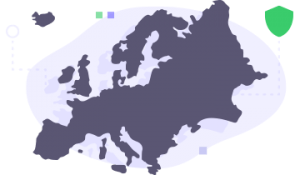 The new “agreement in principle” between the EU and the US will, according to the Fact Sheet released by the White House, included “unprecedented commitments” by the United States to:

These Framework principles signal progress on the two main issues that Schrems II found with the transatlantic data flows: (1) insufficient redress mechanisms for EU citizens in the US if their privacy rights were violated and (2) the United States’ ability to meet the European Court of Justice’s necessity and proportionality standards when it comes to government access to data. Experts still expect it will be some time before we see the actual text of any agreement, and there are already indications from NYOB (the EU nonprofit headed by Maximilian Schrems, the privacy advocate who challenged the previous US–EU privacy frameworks) that it anticipates it or another organization will take the new agreement back to court within months from its publication because they find it unlikely that a “purely political” agreement can solve the underlying incompatibility between the jurisdictions’ laws.

Political leaders are much more positive, heralding the announcement as a huge step forward in easing the process for transatlantic data flows. President Biden stated, “This framework underscores our shared commitment to privacy, data protection, and the rule of law. And it’s going to allow the European Commission to once again authorize trans-Atlantic data flows that facilitate $7.3 trillion in economic relationships with the EU.” President von der Leyden focused on European concerns regarding trusting the US to properly protect data, stating, “This will enable predictable and trustworthy data flows between the EU and US, safeguarding privacy and civil liberties.

While we wait for the new agreement to be fully hashed out and published, some commentators have suggested that the European regulators may ease enforcement actions concerning transatlantic data flows because that is what happened when the Privacy Shield “agreement in principle” was announced. However, there were only a few weeks between the announcement of the Privacy Shield agreement and the official release of the text of that agreement, which meant that regulators knew what the changes would look like.

SixFifty’s privacy toolsets allow companies to create contracts, policies, and documents to comply with privacy laws around the world. Our team of lawyers always have their eyes on privacy developments, and regularly update our toolsets to adapt to changes in the law in real time.