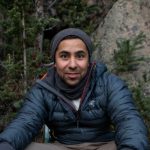 Josh is a Legal Product Associate with SixFifty, and has helped develop many employment tools like SixFifty’s employment agreement tool.

In school, Josh unwittingly walked onto a spelling bee stage, and walked off with a trophy. In high school, he played on the soccer team, where he was presented with annual awards by his peers, the most impressive of which being the “Unsung Hero” award. When he wasn’t playing soccer, Josh could be found reading or solving puzzles – inadvertently preparing for a career in the law.

Josh attended Westminster College where he earned undergraduate degrees in both Psychology and Justice Studies. His time in undergrad taught him that access to justice is not always a sure thing, and while writing his thesis he realized that he might be able to help untangle the esoteric mess that we call the law.

After finishing his undergraduate studies, Josh spent a couple of years working for Hewlett-Packard, managing accounts with clients like Lockheed Martin and Booz Allen Hamilton. During that time, Josh learned the difficult skill of navigating bureaucratic systems. He didn’t like it, and thought it would be nice if there was someone to help.

After taking some time off to hike 2,500 miles from Mexico to Canada, he decided to go to law school so that he might help to simplify that bureaucratic process. While in law school, Josh joined the Environmental Law Society and the Native American Law Student Association, and eventually earned the Natural Resources Certificate.

Before joining SixFifty, Josh worked at an employment law firm in Albuquerque, NM, representing both sides of the employment line: employer and employee.

Since starting at SixFifty, Josh has helped to create various large-scale tools like the employee contract, arbitration agreement, non-compete/non-solicitation agreement, and new hire toolsets, particularly focusing on researching the legal nuances between the 51 jurisdictions covered in those tools. In addition to creating some smaller tools like individual policies, Josh has audited every policy in SixFifty’s policy library and employee handbook for accuracy and customer utility. Josh also consistently reviews and updates various documents so they remain current – in particular, weekly updates for SixFifty’s COVID-19 prevention assessment so that customers can stay accurately apprised of the rapidly and ever-changing rules and regulations instigated by the pandemic.

Get to Know Josh

Josh enjoys travel adventures and has gone climbing and kayaking in Thailand, and backpacking across Patagonia. Josh has also traversed some via ferrata in Banff, Canada, crossing the “iron path” across its cliff faces – somewhat like the steep walls of legal process. Josh also enjoys spending time with family, and has made it a tradition to go salmon snagging in the winter with his dad.

Please add some posts to load them here.